A race against time

When Ethiopia began to run out of cancer medicines to treat children, a race against time began to get crucial supplies to the country. Imagine if your child has cancer, you have no access to transportation and the nearest hospital is many miles away. Then imagine, when you finally trudge wearily into the hospital, you are told there are no medicines to treat your daughter or your son’s cancer.

At the end of 2018, this was the reality for many in Ethiopia, where many essential medicines used to treat children with cancer were running very low.  Bitew Tesfaye, a farm laborer and father to seven children, travelled to Addis Ababa, the country’s capital, hoping to find treatment for his six-year old daughter, who has been diagnosed with Hodgkin Lymphoma.

“We come from far away, hoping for our children to get well,” he said. “We start treatment and begin to see light, but, when we are told medicine is not available or only available in a private pharmacy, our hope fades.”

As parents like Bitew and their children waited for drugs that might never come, an emergency call went out from Ruth Hoffman and Avram Denburg, co-founders of Access to Childhood Cancer Essentials (ACCESS), a global initiative that works to improve the availability of essential medicines to children with cancer.

Their message laid bare the unfolding tragedy in Ethiopia, where not only cancer drugs, but also complementary treatments - such as antibiotics and pain relief medicines - were in short supply. 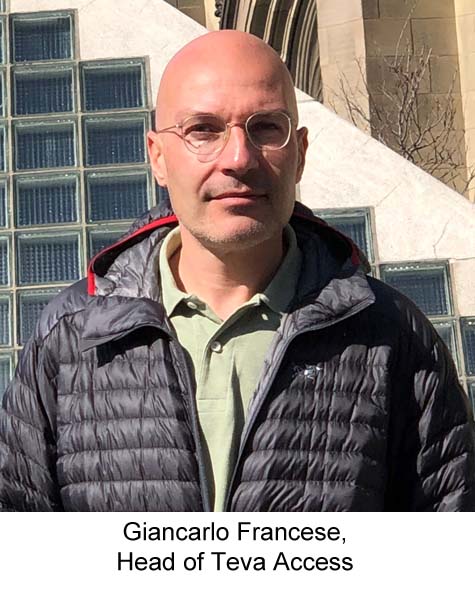 The first to respond to the appeal was the Teva Access team - a group dedicated to securing universal access to essential medicines.

“These children are dying because they are in the wrong place and it’s happening every day,” he says. “The numbers are terrible: more than 80 percent of children with cancer in high-income countries are cured, while the same percentage of those in low- and middle-income countries die[1].”

“Even when children get the surgery they need in poor countries, there often aren’t drugs available to kill the cancer cells that may be left behind and they may not have pain medications. I’ve seen it - the family around them, doing their best, just waiting for the child to pass away.”

The situation has created the perception among some sections of the population that a hospital is not where you go to be healed, but to die.

“Families take their child to hospital and they put on their son or daughter’s most elegant clothes, because they are sure they are going to die there.”

The Teva Access team realized the company was in a unique position to help.

“We are the largest generic drug company in the world but also the most diversified,” Giancarlo explains. “In our portfolio we have 84% of all cancer drugs listed in the World Health Organization’s (WHO) Essential Medicine List.”

(The WHO’s Essential Medicine List contains all essential medicines needed to meet the priority health care needs of a population[2].)

An initiative quickly began to take shape, involving ACCESS, humanitarian aid organization Direct Relief, and the Ethiopian Pharmaceutical Fund Supply Agency. This collaboration identified 13 cancer medicines from the World Health Organization’s Essential Medicine List —more than 17,000 bottles and boxes of therapies in total — that were needed and which Teva manufactures and could supply.

But, despite this unique position, getting the drugs to where they needed to go rapidly was no easy task.

“The most important thing is the security of the medicines,” says Jon Haggert, who leads the supply chain for Teva’s US Donations program, and to whom Giancarlo turned to make it all happen. Jon has worked with the US program for almost a decade – offering around three million packages of drugs in donations every quarter.

“Pharma firms would love to give more but they never want to let the medicine get into the wrong hands.  One of the biggest obstacles we had here was making sure all the people involved were properly vetted and the medicine actually got to the people who need it.”

“I’d love to give them the medicine tomorrow, but I can only do that once I know the pathway is safe. There is a chronic problem with counterfeit and black-market products in parts of the world, so the process can’t be rushed, it has to be done right.”

To make things more complicated, Teva’s donation program is not set up for emergency response projects, so this initiative was new territory. On top of that, the company’s long-term aid partner Direct Relief initially did not have established partners and processes on the ground in Ethiopia needed to help ensure the mission’s success.

So, before the right inventory could be assembled, stringent checks had to be made to ensure the medicine would reach its intended destination.

“Our partners have to be able to demonstrate their chain of custody practices are sound once the donated medicines are received – and then Teva does schedule follow-up audits as well,” Jon says, giving a sense of just how in-depth this process is. “They have to demonstrate who has access to the warehouse, where the video cameras are, whether the CCTV are backed up, and many, many more things.”

In the case of the Ethiopia initiative, Direct Relief’s many requirements also included local partners signing paperwork (such as application forms and a memorandum of understanding), as well providing photos of the drugs arriving at the airport on their palettes, photos of the same palettes getting to the hospital, proof of a doctor signing for them – and even proof that the doctor was in fact a licensed clinician.

“I am very happy to inform you that our colleagues from Direct Relief inform us that: ‘The shipment is scheduled to arrive in Addis Ababa on Monday, January 13th at 05:40 via Ethiopian Airlines’,” it read. There was huge excitement in response, but soon worries crept in among the Teva team. The drugs had indeed arrived but almost a week later had not cleared customs.

In fact, these worries were unfounded. Rather, something was about to happen that was, in the circumstances, quite extraordinary, as the Ethiopian Pharmaceutical Fund Supply Agency (EPFSA) swung into action.

“You have to understand how long these processes can take,” explains Tom Roane, Director of Strategic Initiatives of Direct Relief. “I can’t say enough about how helpful the head of the EPFSA – Dr. Loko Abraham – was. It took four weeks to qualify our new local partner and then two weeks to ship and get the medicines through customs to the EPFSA.”

“In our business, that’s the equivalent of light speed,” he says. “When you’re starting a new relationship, it can take six-to-nine months to get up and running – so this all happened extremely fast.”

So when - not long after arriving in the country - the medicines were on their way to the oncology unit of the Black Lion Hospital in Addis Ababa, it was a ray of light for those with cancer being treated at the country’s public hospitals.

“Now there is hope,” Bitew said, when told the shipment was due. 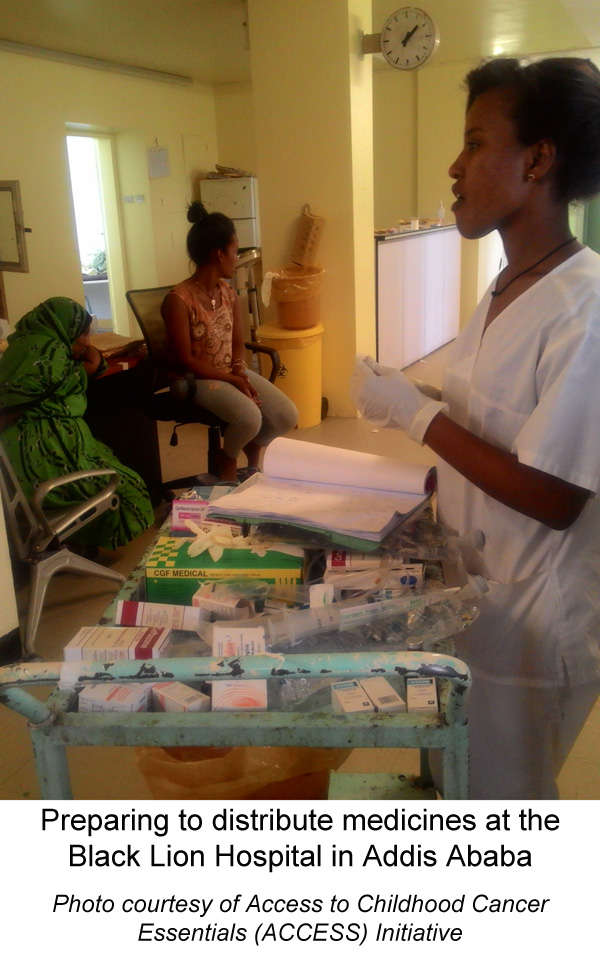 This is just the beginning of Teva’s efforts to help children in Ethiopia. “The short-term answer was the emergency donation,” Giancarlo explains. “But these are baby steps. Together with the local authorities and key procurement stakeholders, we now need to establish a sustainable and stable collaboration strategy to procure life-saving medicines to all, at any time when needed.”

But the initiative also has wider implications for Teva and its ability to provide help where it is most needed.

“We learned so much about how to partner to quickly get into a country that was a completely unknown territory,” says Giancarlo. “So much about coordination, communications, whom to partner with, as well as all the complicated logistical aspects. This gives us invaluable learning about how we can activate our teams and support people in an emergency, in a way we’ve never done before.”